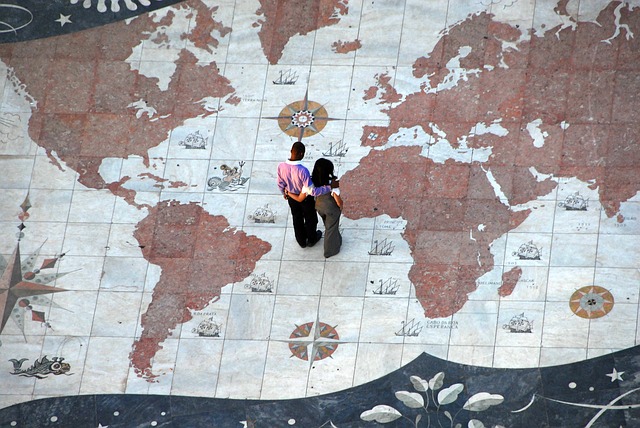 I really enjoyed learning about other traditions around the world when it comes to becoming engaged, so I did some more research. So far I have learned about some very interesting customs which left me shocked, as I had never heard of such customs. America doesn’t have any proposal traditions as far as I can see besides the occasional extravagant engagement, just like the ones we can create at Enchanting Engagements. I have picked four new traditions to tell all of you about in this post.

Today we are going to look at a couple of Scandinavian country’s engagement traditions. When it comes to proposing in the more northern countries, they do things a bit differently. They have engagement traditions that have been followed for quite some time, and only recently did they decide to break away from their typical proposal. First, we have Norway, a stunning country with rich tradition and food, which also has its own proposal custom. In Norway they don’t often wear engagement rings, instead, they opt for a gold band to signify their commitment. They actually buy “engagement” rings for both of them that are worn during the engagement until the wedding day. The band signifies their relationship status and often the bride’s wedding ring is bought at the same time. The reason for this is, there is large importance on the engagement and wedding rings looking cohesive, therefore all three rings are purchased at once. After the engagement is announced, the Norwegian couple is treated to a massive feast by their families to recognize their engagement. At Enchanting Engagements, we love this idea, and would be excited to provide a similar event for you and your partner after the proposal for you and the people closest to you! Maybe find a restaurant that you both love for you and your families, or we can create a catered event.

The engagement for the Norwegians doesn’t stop at a ring and a feast. In their culture the groom showers the brides with gifts leading up to the wedding ceremony. This sounds like one of the best cultures to get engaged in if you are the bride! One of the reasons for this is because the groom wants to show his intentions of marrying her. Letting her know he is committed. This also shows the family that he is going to take care of her and that they can trust him with their daughter, who is very important in the Norwegian culture. It’s very cold in these northern hemisphere countries, which is one of the reasons the women also knit socks for each of her fiancé’s relatives. It is quite a lot of work but the other reason for this engagement tradition is that it shows the skills of the other family’s daughter and these socks are seen as a sign of dowry. If they have a big family, this can take quite some time, but is seen as an incredible gesture by the other family.

Sweden has a similar tradition regarding the engagement ring custom like the Norwegians do. When becoming engaged they also present a gold band to their partner but will wear one as well. When buying these rings it’s also common for them to buy the diamond band that is presented to the bride on the day of the wedding. In their culture, they don’t do the big diamond ring because it’s not in their nature to show off their wealth with a ring. They are much more private about their personal wealth; this also applies to Norwegian values as well. Although it is customary to have a more subdued ring, this has recently been changing in different ways. Frequently couples will take their rings to have something engraved on them, and they are leaning towards a personal message on the inside and then a lovely ornate design on the band! At Enchanting Engagements, we offer a service to help you pick to put your partner’s engagement ring as well!